How the new update could help you use your phone less

This year, Google is doing something different with Android. Instead of showing you all the ways you can use its phone operating system to do more, it’s creating features to help you use it less.

Android P, due out later this year, will have a new dashboard that tells you how often, when, and for how long you are using every app on your phone. It will also allow you to set limits on yourself. You could give yourself a half-hour of Instagram per day, for example. Once your 30 minutes is up, the icon will go from its usual eye-catching gradient to a dull grayscale.

The feature is one of several that Google is combining into a theme it calls “Digital Well Being.” Presumably, it didn’t want to borrow “Time well spent,” the buzzy catchphrase popularized by ex-Google “design ethicist” Tristan Harris and adopted (or better: co-opted) by Mark Zuckerberg.

Android P also includes a new core interface that uses iPhone-like navigation gestures and smarter ways to access functions that are usually buried away inside apps. It’s the biggest change to how users get around on their phones that I’ve seen in a long time.

It’s also available as a public beta starting right away on 11 different phones. That’s intriguing because Google is actually making progress on getting manufacturers to update their phones in a timely manner.

Seriously, there’s a lot here. Last year, Android Oreo was more about internal changes than user-facing features. This year, Android P (and no, Google isn’t saying what the “P” stands for yet) is full of visual changes and new features. In terms of how it actually feels to use an Android device day-to-day, it could be the biggest update in years. 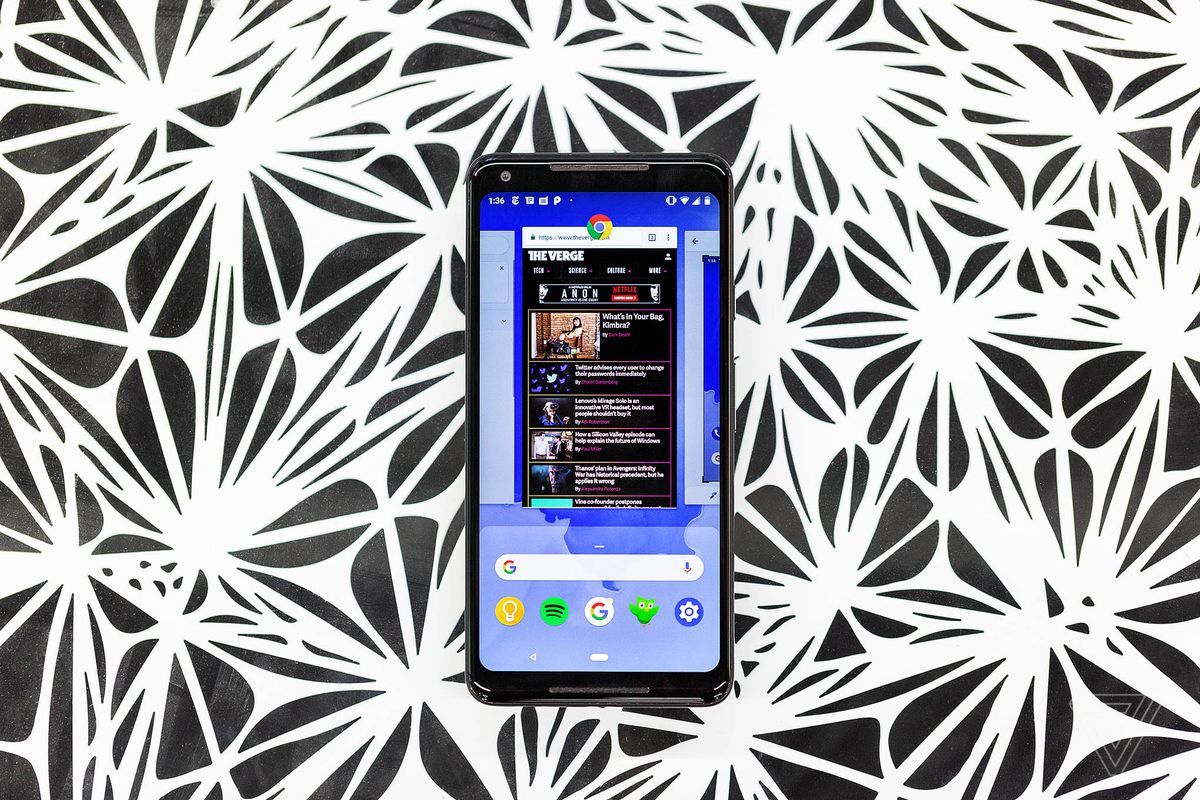 Parental controls for your inner child

It’s a good time for Google to introduce the idea that it can help limit our tech obsessions. Harris’ “Center for Humane Tech” helped kick off waves of stories about digital distraction and addiction earlier this year, which then metastasized into worries that our social media apps are hacking our brains.

Sameer Samat, VP of product management for Android, says that the company has been working on these tools for a long time based on user research, not a desire to draft off the growing wave of concern about distraction.

”There are 2 billion Android users. It’s the largest mobile operating system in the world,” he says. “We are the OS, and we feel like we need to be doing more around this area. We feel like we have a responsibility to do more.”

Android P offers a handful of tools to help you keep your phone from bothering you, ranging from subtle tweaks to how notifications work to new features that literally keep you from using it.

The most interesting is the new usage dashboard. It’s an app that gives you an almost overwhelming amount of information about your phone usage. Here’s how it breaks down the data:

Android P completely revamps the core navigation of your phone. There’s still a home button that you can tap to go home. And there’s still a back button within apps — don’t panic — but much of the rest of what Android users have gotten used to is changing.

In essence, Google is switching up the behavior of the home button on Android P. You will swipe up now to go to an overview of open apps and swipe up further to go to your app tray. There’s no longer a square multitasking button, and the back button only shows up in apps.

Dave Burke, VP of engineering for Android, says that the changes to navigation on Android were made in the name of “making Android simpler but also more approachable.” It’s a counterintuitive way to describe the new system. The way we typically think about UI (and, in fact, the way Android designers used to talk about it), is that having a visible button you can tap is better than remembering a gesture — or, in this case, several of them.

But swiping is not that much harder than tapping, and I got used to the new navigation system in a matter of seconds. Conceptually, Android has always been just a little more complicated than iOS anyway, since it has one or two more areas to find stuff (e.g., the app drawer).

And it’s not as if gestural navigation is anything new in smartphones. If you’ve ever used an iPhone X, it’s similar to how that system works, but with a few key changes. If you’ve ever used a webOS phone, it will feel even more familiar. There are even existing Android phones that have already been working on something like what Android P does.

Asset Science is now a member of the GSMA

Asset Science signs up to the CTIA
Scroll to top